Front-end develpment was better before 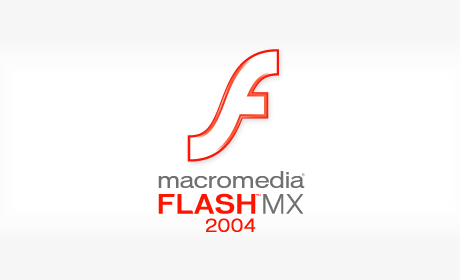 I'm talking about a time that no one under the age of 20 will ever know..." FLASH. While the major 2020 front-end trends talk about Reactivity, Serverless, WebAssembly or WebGL, I would like us to take a look back at front-end development from a few years ago. Why's that? To rediscover a few little gems of course, as well as more importantly, to understand the heritage we have retained from this era and to anticipate development in the future.

In 1993, Flash saw the light of day. It was the result of combining 2 software packages FutureWave and SmartSketch, developed by 3 individuals: Charlie Jackson, Jonathan Gay and Michelle Welsh. In 1995, it became FutureSplash Animator.

Macromedia (1996) then Adobe (2005) went on to become the owners of this design tool which has been developed over time around the programming language, ActionScript 1, 2 and then 3.

This was a great revolution in the world of front-end development. Indeed, Flash was, for a long time, the only way to create rich, integrated, animated and highly-interactive multimedia content.

Flash then became the emblem of creativity!

It was the age of the race for recognition, a recognition epitomised by the yellow banner on "Site of day" distributed by Rob Ford and his website thefwa.com. This was the real beginning of award-winning website, a must for every creative agencies in the world.

Here's our selection of the ultimate Flash websites:

If creativity wasn't enough to convince you of the power of Flash, this last point will have everyone agreeing: At the time, with Flash, it was much simpler:

As the debate is not about the pros and cons of these practices, it must be said that it was "simple".

A period of transition

Good things often come to an end. In 2010, Steve Jobs shared his opinion about Flash (https://www.apple.com/hotnews/thoughts-on-flash/) :

HTML 5 had arrived and was capable of providing rich interactive experiences. As the rise of Flash has run its course, it will officially no longer be supported by Adobe by the end of 2020.

As Socrates said "what makes Man is his great ability to adapt". Flash developers are quickly shifting to HTML5.

A step backwards at the outset that is difficult to accept for many experts and agencies in the industry. And in practical terms, a feeling of regression.

Flash will always remain a key icon of digital creativity for everyone. It leaves behind a graphic and technological heritage that today is at the root of the most significant developments on the Web. From a technological perspective, ActionScript 3, the latest programming language development linked to the tool, remains the source of concepts and libraries, the beginnings of those most widely used today:

The Web is constantly evolving and has changed tremendously since the time of Flash.

Reinventing the wheel? Aren't we just producing the same thing we did 10 years ago in Flash?

No, because the challenges and constraints are changing. Developers and agencies are adapting their digital content production to provide a richer experience for an ever-increasing number of users, clients and devices.

The objective remains the same: To produce bespoke designs while maintaining the highest level of performance.

At WIDE, we are convinced that this creative and technical excellence must remain ever-present in our design work. Today, it is essential to consider interface performance and how it must be supported by a strong creative and interactive approach.