The rise of e-sport 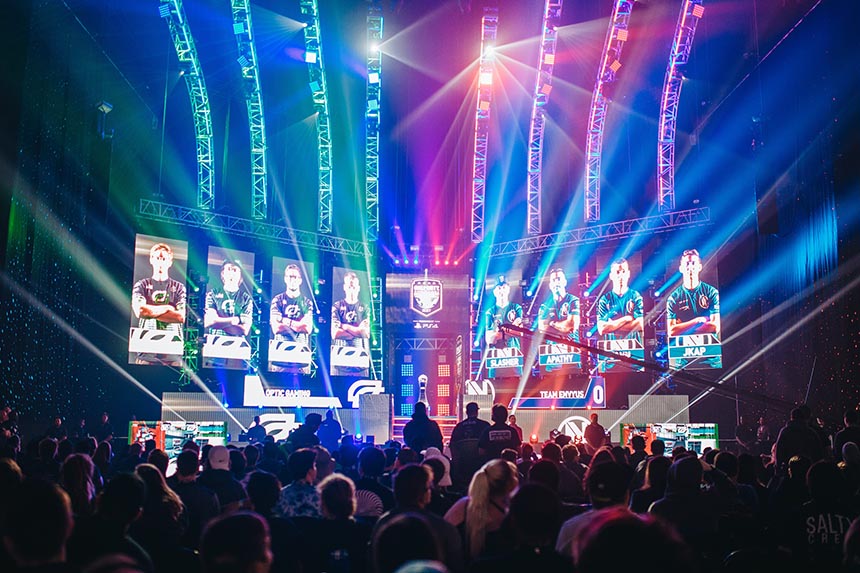 For the Gamescom event, an international video game trade show that ran from 21.08 to 24.08.2019 in Cologne, Germany, we wanted to review the current state of play in e-sport. Konsta is a gamer, but also a Communications Manager at the agency. He's returning to what is sure to become the most watched sport in the world.

Kyle "Bugha" Giersdorf was the 16-year-old gamer who won the jackpot. Brace yourselves, $3 million! More than Roger did in his last Grand Slam!

So, is this what is known as the American Dream?

Let's go back a little further in time to understand how e-sport has become the most prominent sport in recent years.

The first video game competition named "Intergalactic SpaceWar Olympics" was held in 1972 at Stanford University. This tournament was played on "Space War", the first arcade game in history. It was just a local tournament where the only reward was an article in the magazine "Rolling Stone", the tournament's sponsor.

But what so quickly triggered this "gaming mania"?

It was largely due to the fact that in the 1980s, arcade games exploded, invading not only gaming halls but also public places. Their complexities attracted thousands of players ready to become top "scorers".

From this trend, a "High Score" culture came about (the highest records/scores to beat).

The more time passed, the higher the scores and all this with no internet or social media to share high scores. Then, publishers and the press sensed the potential behind this growing market. They started setting up leader boards, which would eventually bring video game legends to the forefront.

The first real e-sport competition, offering a stake-prize, was "The Red Annihilation" on the game "Quake" which took place in 1997. The arrival of the internet attracted thousands of new players. The winner won a Ferrari 328 GTS from Quake developer, John Carmack.

However, it was the arrival of LOL (League of Legends) in 2009 which radically changed e-sport forever. Due to the fact that this game was free (a great innovation at the time), in 2013, it became the most played game in the world. Over time, the competitions for this game became major events, with no less than 36 million spectators of all ages.

The expansion of e-sport was underway. A new marketing gold mine began to take shape.

And for us in Switzerland:

E-Sport in Switzerland, although modest, began to develop.

Although Switzerland lagged behind its neighbours such as France and Germany, it started to realise the importance of e-sport worldwide, particularly in the private sector.

Indeed, in 2018, Swisscom launched its own e-sport league "the Swisscom Hero League" (and its own tournament) with the support of the ESL (Electronic Sports League) which is probably the largest e-sport league in the world.

This first season was a success with 3000 gamers playing in the league.  The Swisscom league also announced a second season with a new game available for professional gamers: CS:GO, one of the most popular and iconic games in e-sport. This game joined LOL (League of Legends), Clash Royale and Hearthstone.

To further strengthen its pioneering status, Swisscom will partner HeroFest, the largest e-sport event in the German-speaking part of Switzerland, at BERNEXPO from 22 to 24 November. Among other events, they will be hosting the final of the Swisscom Hero League winter season.

Since January 2019, PostFinance has had a League of Legends professional e-sport team. Their goal: To take their team to the top of the European rankings.

And Postfinance is starting to put its money where its mouth is: Players are paid 2,500 CHF/month. They have access to a fully equipped gaming house and an internationally-renowned coach.

Swiss football clubs have also recognised the importance of being present in e-sport: Genève Servette, Lausanne, St. Gallen, Basel, and FC Sion have each created their own e-sport team.

Non-existent sponsors are the problem because, while astronomical sums are made available for e-sport around the world, this is not the case for Switzerland.

Indeed, take the Geneva Gaming Convention, which, despite a sharp increase in attendance between the two events held, failed to finance the third and declared bankruptcy in 2017. Another example: In 2016 Raiffeisen promised to set up an association to support e-sport in Switzerland: "a strong commitment," the bank said. A few months later, the bank abandoned the project, a decision taken in agreement with the management of Raiffeisen Switzerland.

Fortunately for Swiss e-sport, since the creation of the Swisscom Hero League, more and more sponsors are becoming involved and are beginning to take this area more seriously.

What's more, there's no shortage of talent: Kinstaar and Vato. These names may not mean anything to you, but on the e-sport scene, and more specifically, Fortnite, they're stars. They are among the top 100 Fortnite players worldwide out of a total of 250 million players, achieving outstanding results in the Fortnite World Cup. Between the two of them, they have pocketed a total of $162,500!

These 2 talents were members of French teams. This is why it's important for talented Swiss players to change their attitude towards e-sport if they hope to make a name for themselves on the international stage.

Football from the side lines, e-sport at its best?

In 2019, e-sport was officially recognised as an Olympic event in its own right and was awarded the same status as any other sporting competition. The first competition in which e-sport featured was the SEA (South East Asian Games) supervised by the International Olympic Committee and the Olympic Council of Asia. As far as the Olympic Games are concerned, the 2024 event to be held in Paris has rejected the introduction of e-sport. It probably won't be until the 2028 Olympics in Los Angeles that we'll see e-sport appearing. This remains a phenomenal development as it would have been unimaginable five years ago.

While waiting to find out who will be Fortnite's next Olympic champion. Come along to the e-sport bar, "Meltdown", just under our offices in Geneva to talk more about the future of this discipline.